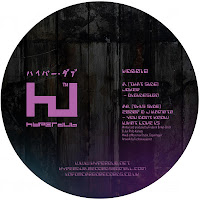 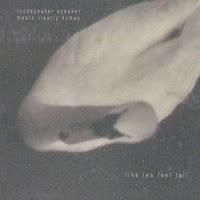 Like Ten Feet Tall (07.08, Broken Twilight)
Digidesign/You Don't Know What Love Is (02.09, Hyperdub)
Byline: Dubstep super package
For: Burial, Skream, Kode 9, the soundtrack to any Guy Ritchie Movie
If you were coherent in 2006 you read the two words Burial and Dubstep  in the same sentence in almost every critics year-end-best-of reviews. If you didn't know what either were you probably faked it and claimed your allegiance to both, I know I did. It is now 2009 and dubstep is still a nebulous term to me. I like a lot of groups that would be considered "dubstep", or have dub characteristics low end frequency drum and bass, squashed percussion, the ever present ultra chilled out four on the floor tempo, haunted house synths, the keyed up vocal samples. But I still get nervous talking to people about dubstep, I am totally out of my element. I don't have a shaved head, a cockney british accent, I don't own a track jacket nor do I drop acid. But sans the cultural qualifications I present one album and a b-side that represent the best of a genre from both sides of the pond. Loudspeaker Speaker Meets Clearly Human cut a broad swatch through America's past fascination with surf, funk, psychedelic, rocksteady and Police sitcom theme songs, creating a spooky, downtempo amalgamation perfect for walking through busy midwestern cities in the middle in the glaring mid morning sun. On the opposite of the pond and the sub-genre, Joker and 200of play the type of dubstep made for the club or for Kanye West's new sampling venture. Super keyed up, autotuned vocals lace heavy hitting percussion and West Coast Gangsgta rap synths creating the perfect club banger for London basement nightclubs or making the rearview mirror of the car next to you shake with each unbelievably deep hit of each beat. Highly recommended.
Joker/2000f on boomkat
Loudspeaker Speaker meets Clearly Human
Posted by Heligator Records at 5:10 PM